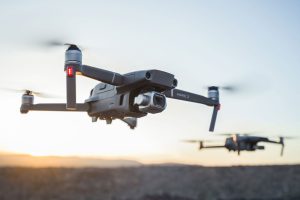 A Queensland company which has installed counter-drone security at a critical infrastructure site with a restricted airspace in Australia says it has detected 400 drones in just six months.

EPE uses the US-developed MESMER drone technology, which instead of using jamming techniques exploits drone protocols to identify a drone’s unique identification number and take control of the device.

EPE provides a range of security services including countering IEDs (improvised explosive devices) and chemical weapons as well as drones. Its top customers include the Australian and New Zealand Defence Forces, DFAT, the Attorney-General’s Department, as well as Australian police and emergency services.

Keith Mollison, a former bomb disposal specialist with the Australian and British military, now with EPE, said they had installed the MESMER system in the first half of 2018, after the client, which he is prohibited from naming, reported numerous drone sightings overhead.

“They had in the low tens of drones sighted over a period of time,” he said.

But because drones were “very small” and “fast-moving,” making them “difficult to spot by the naked eye” the actual number was far greater, he said.

“Our system has been in operation for just over six months now and it has detected well over 400 individual drones in that time. It was a surprise to the client and to us just how many there were, so the order of magnitude of the problem is quite significant,” Mr Mollison said.

While the MESMER system can disable drones by either landing them or returning to sender, the law currently only allows for the drones to be detected and identified but not downed, unless special powers have been granted by state or federal governments for one-off events or designated areas.